Today—March 3rd, 2013—is the one-year anniversary of the first arrests in the Pussy Riot case. For those who aren’t familiar with the band, information can be found here, and a timeline of the events surrounding their arrests and convictions can be found here. Because the band members were jailed as the result of an artistic, religio-political protest, most American media outlets have castigated the Russian government for their censorship, and criticized the majority of Russia’s citizens for supporting the same anti-art rhetoric.

The latest of these is Gordy Grundy’s blog for The Huffington Post, which makes several very good points about the shelf-life of artistic revolution. He argues that “going to jail is glamorous,” but “sitting in jail just isn’t newsworthy,’ which is why we haven’t heard much about Pussy Riot since last August.
There was always a glaring deficiency in the American media’s take on the whole situation, however, and Grundy reproduced this quite perfectly almost a year after the fact.

At the time of this Anniversary, we Americans might take a moment to celebrate our artistic liberties. To create. To exhibit. To speak. How lucky we are. A lot of solid thinking went into these rights and freedoms. It is a shame when government can be used to punish five wild girls singing a song that might lambast the President.

There it is. The “how lucky we are” speech. The reminder that American superiority is ever-provable by our uninhibited access to First Amendment rights. The implicit discrimination between freedom of speech as a tool for political protest and freedom of speech on a local, individual level.

Let’s talk about “American artistic liberties” for a moment. In December of last year, a 16 year-old boy in New Jersey was removed from class and had his house searched by police because a teacher saw him doodling a flaming glove in his notebook. In November, Alan Moore’s award-winning graphic novel Neonomicon was banned from the shelves at a South Carolina public library. In May, a children’s book called In Our Mothers’ House was placed on restricted, parental permission-only access at a school library in Utah because it featured a lesbian couple raising an interracial family. In February of 2010, a comic book collector was sentenced to six months in prison and five years probation following that for simply owning manga—an act the U.S. government deemed a form of “sexual deviancy.” He is only one among many artists, collectors, store owners, and writers who have been arrested for similar charges in the last fifteen years.

I’m all in favor of celebrating American humanistic expression and the freedom we have to criticize our leaders without real fear of reprisals more dramatic than shouting matches over the dinner table. Americans draw from a vast array of cultural backgrounds and have an enormous capacity for art-making, and we should definitely feel lucky to have access to it all. But the next time we want to make an argument about how America is better than other countries because we have First Amendment rights, maybe we should stop to think about how censorship on a local level in this country is alarmingly widespread. Maybe we should stop to question how much American art is indebted to a nationalistic idea that doesn’t hold up to close scrutiny. Maybe we should expand our model of humanistic expression to include instances that aren’t predicated on one side of a binary relationship to government or the other.

P.S. Remember the Dixie Chicks? In 2003, they were pulled from multiple radio stations for criticizing then-President Bush’s push toward war in Iraq. Turns out we censor that, too.

Posted by Cassandra Dunn at 1:26 PM 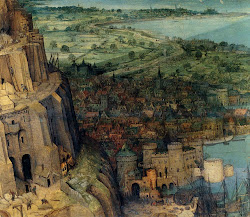